The Evolution of Social Dancing: Part 1

By: admin|Published on: May 19, 2021|Categories: benefits to ballroom| 0 comments 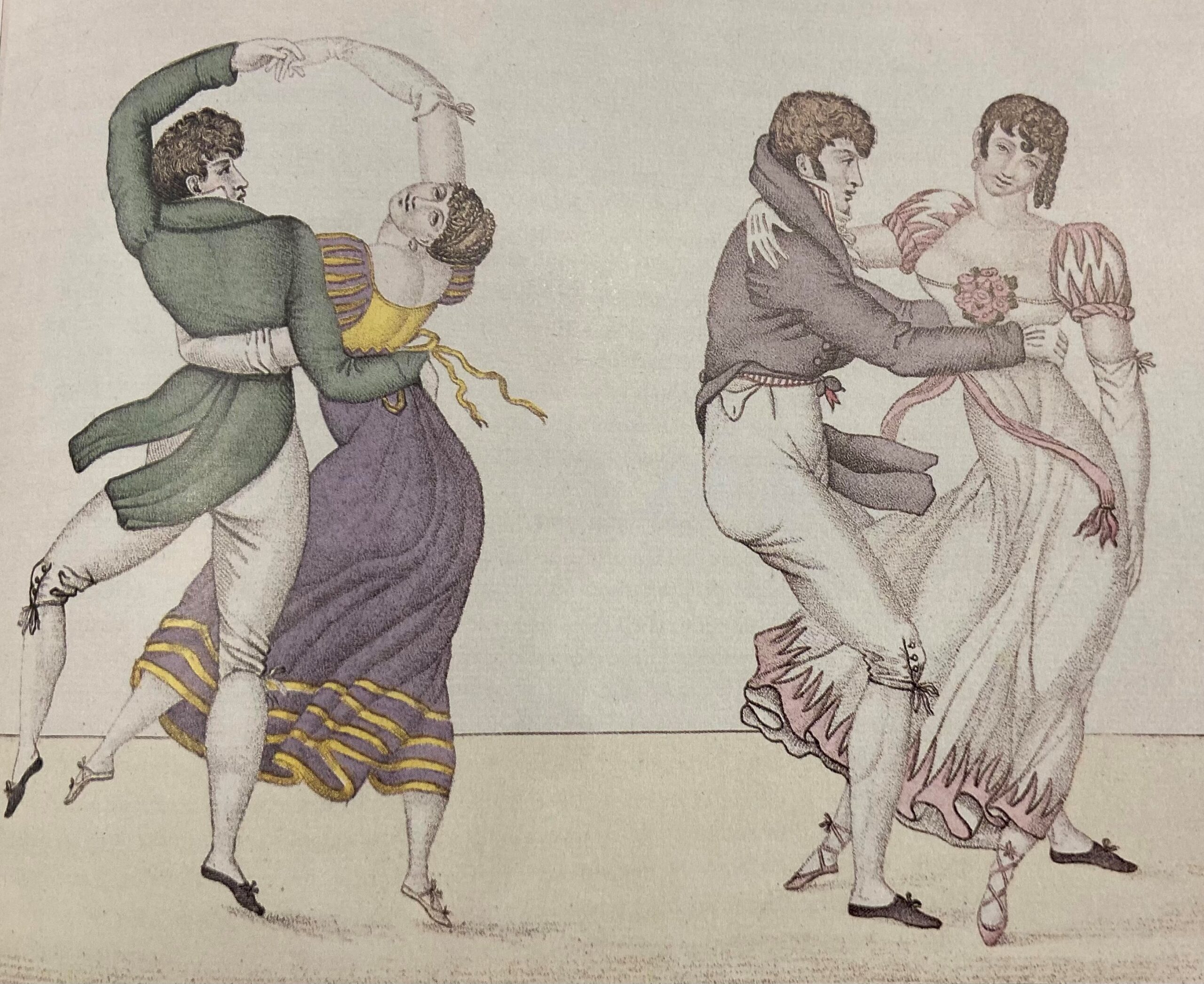 Since the dawn of time, dancing has been a part of human culture. We have always danced; whether it be to celebrate life, mourn a death, or even to prepare for a hunt or battle. However, social dancing didn’t become an officially documented activity until the start of the Renaissance era. This is when the birth of the dances we love and enjoy came to fruition. In this two-part blog series, we are going to talk about the evolution of social dancing and how it became what we know and dance today.

Social dancing has always been a part of our culture but wasn’t officially written down until the 15th century during the rise of the Renaissance era. During this time, the royal courts in Europe took a liking to the social dances of Bassedanse. These dances consisted of multiple people dancing the same intricate patterns together as created by the dance masters of the time. These highly esteemed masters were respected among the courts and wrote their choreography in instruction manuals for all to learn. At the turn of the century, social dancing became a way to up your social standing. People were expected to learn to dance as a way to “prove themselves through their social skills, especially through dance.” It’s at this time that an exchange of social dances from the upper and lower classes began to give birth to the dances we dance to today. Queen Elizabeth I, also known as the “virgin queen” personally loved to dance a court dance called La Volta, which relied heavily on both the strength of the costume as well as the strength of the male partner. This dance became known as “risqué” as it started in a closed position and had various moves that were respectful, yet not always completely dignified.

As we entered the Baroque period, dancing at court balls became a way of displaying social status. A formal ball opened with a branle, in which couples stood in a line in order of their place in the social hierarchy. The couples with the highest regard would dance first until everyone was able to dance. Then the attendees would dance the popular English countryside folk dances or contradanses. It wasn’t until 1789 in France that social dancing became to have less of a courtly nature and a less rigid structure for everyone to enjoy.

During the Romantic Era in 1840-1860, the birth of the oldest ballroom dance, the Waltz, was born in Vienna. This dance was considered at first to be a “scandalous” dance as it involved partners to be closer together and neither partner led…rather, both partners were considered equals while dancing. The dances, according to Richard Powers, instructor of historical and contemporary social dance at Stanford University, that came along during this era were “fresh, inventive, youthful, and somewhat daring,” which mirrored society at the time.

As we entered the 20th century the birth of another popular ballroom dance, the tango, came about. This dance was derived from two types of dances; a solo style dance from Spain and a courtship dance from

Argentina that was considered a taboo dance among the polite Argentinian society. This dance was mostly danced in brothels or bars at ports where businesses would employ bands to play music for entertainment for their patrons.

Social dancing has come a long way in evolving with the everchanging times of social norms and how it impacted the culture of the day. Stay tuned for part 2… let’s just say, American culture definitely had a huge impact on helping mold these “stuffy old” dances into the fun social dances we all do today!